Today the United States has one of the highest poverty rates among the world’s rich industrial democracies. The Failed Welfare Revolution shows us that things might have turned out differently. During the 1960s and 1970s, policymakers in three presidential administrations tried to replace the nation’s existing welfare system with a revolutionary program to guarantee Americans basic economic security. Surprisingly from today’s vantage point, guaranteed income plans received broad bipartisan support in the 1960s. One proposal, President Nixon’s Family Assistance Plan, nearly passed into law in the 1970s, and President Carter advanced a similar bill a few years later. The failure of these proposals marked the federal government’s last direct effort to alleviate poverty among the least advantaged and, ironically, sowed the seeds of conservative welfare reform strategies under President Reagan and beyond.

This episode has largely vanished from America’s collective memory. Here, Brian Steensland tells the whole story for the first time–from why such an unlikely policy idea first developed to the factors that sealed its fate. His account, based on extensive original research in presidential archives, draws on mainstream social science perspectives that emphasize the influence of powerful stakeholder groups and policymaking institutions. But Steensland also shows that some of the most potent obstacles to guaranteed income plans were cultural. Most centrally, by challenging Americans’ longstanding distinction between the “deserving” and “undeserving” poor, the plans threatened the nation’s cultural, political, and economic status quo. 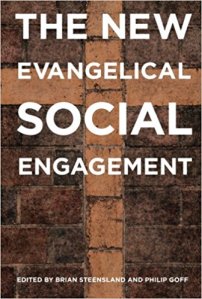 In recent years evangelical Christians have been increasingly turning their attention toward issues such as the environment, international human rights, economic development, racial reconciliation, and urban renewal. Such engagement marks both a return to historic evangelical social action and a pronounced expansion of the social agenda advanced by the Religious Right in the past few decades. For outsiders to evangelical culture, this trend complicates simplistic stereotypes. For insiders, it brings contention over what “true” evangelicalism means today.

Beginning with an introduction that broadly outlines this “new evangelicalism,” the editors identify its key elements, trace its historical lineage, account for the recent changes taking place within evangelicalism, and highlight the implications of these changes for politics, civic engagement, and American religion. The essays that follow bring together an impressive interdisciplinary team of scholars to map this new religious terrain and spell out its significance in what is sure to become an essential text for understanding trends in contemporary evangelicalism.